The Gold Coast is a beautiful place and I often think how lucky I am to be raising a family here. Having spent my life in and around the Ocean I have seen a lot of things happen that could have been avoided if people took some time to understand the ocean before they took their family on holiday, or even to their local beach for a swim.

I grew up in Victoria and the beach I frequented was Gunnamatta, a very dangerous beach that has claimed the lives of many people. A lot of the time I thought to myself why were they swimming when it was so rough and dangerous? 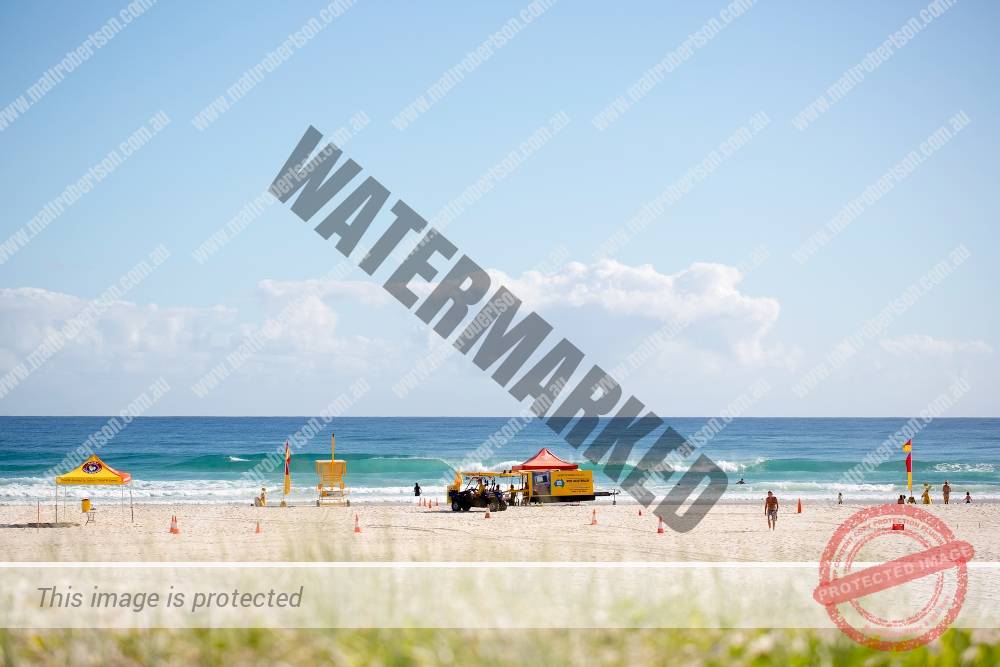 Many times I have been taking photos at beaches when it has been dangerous with large waves and sometimes at unpatrolled beaches families would be there with young kids and foam boogie boards and play in the shore break. The kids could have easily been dragged out and with the size of the waves it could have been devastating, luckily I have not seen that happen in person but I know of many cases of people drowning in these circumstances.

I guess I am writing this post because I want to share some tips with people looking to visit the beach, it’s an amazing place for kids to explore and enjoy, and as they say knowledge is power. 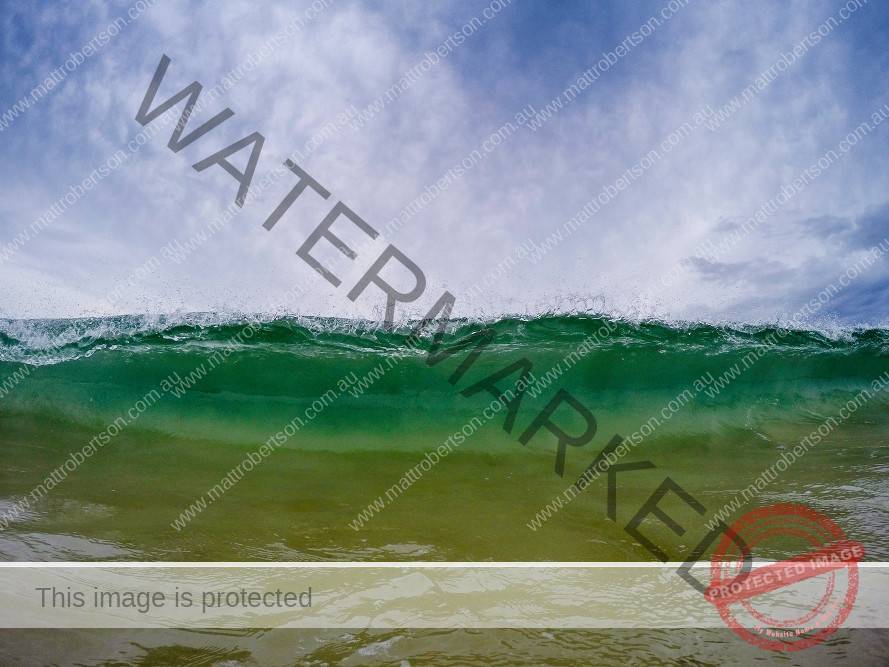 That feeling of dread when a large wave comes and is about to land on your head.

The first thing to do when visiting the beach is to check the surf report for the day, a great site is Swellnet. It covers most of the popular beaches in Australia, even if you are not planning on surfing it is still a good resource to look at because the report will tell you how big the waves are, when high and low tides are and most importantly if there is a building swell.

You could go to the beach and it could have very small waves, and within a couple of hours or less the waves could build substantially, this could then put you way out of your depth and into danger. 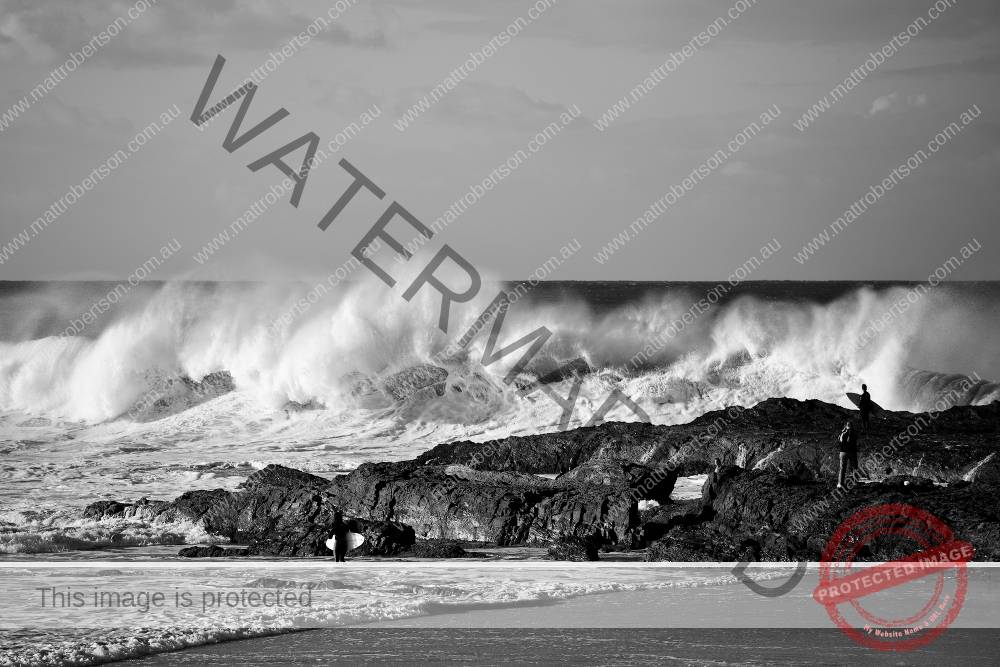 This is a shot of Snapper Rocks, just an hour before this shot was taken the surf was clean and only around 2 foot, you don’t want to suddenly be looking at an 8 foot wave when you are only expecting small waves.

Knowing the tides is handy because beaches can change a lot depending on the tides. The currents can differ also. Some beaches will have safe sand pools to swim in at certain times of the tide cycle and if the tide is too low the set waves may break closer to the shore leaving not much room for swimming. 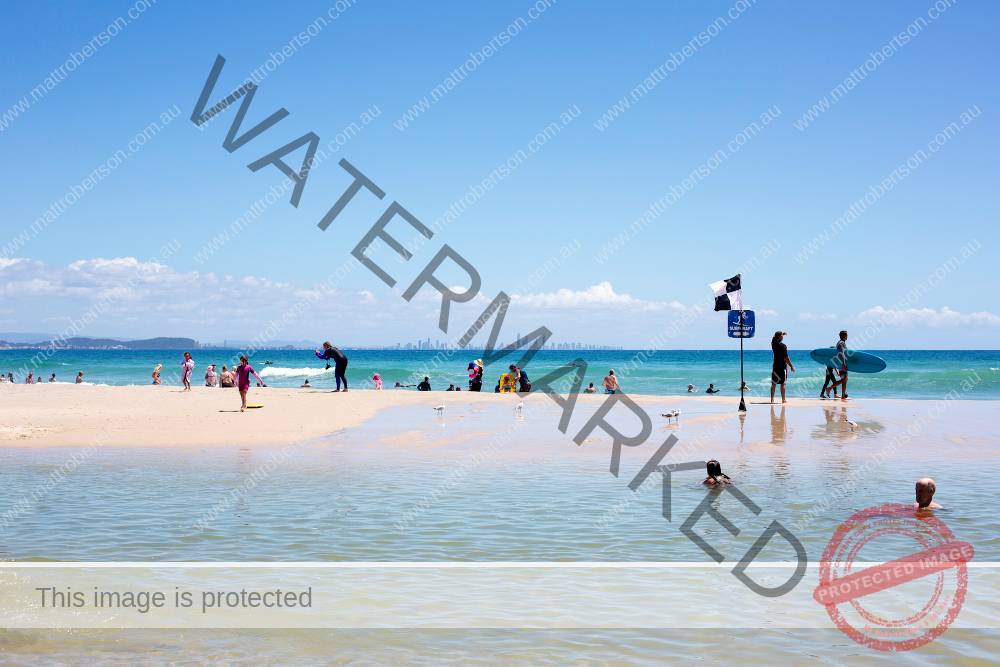 These sand pools are great for young kids. 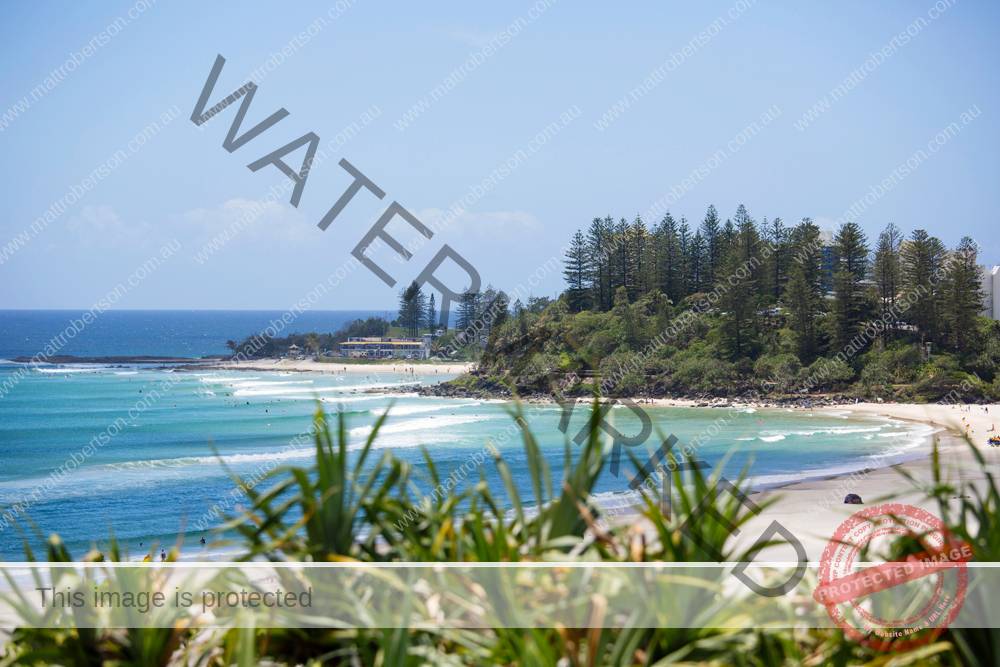 This is Greenmount Point, it is high tide and as you can see there is calm water for swimming inside the point.

Always asses the the conditions once you get to the beach as conditions can sometimes change from what the report had previously said. 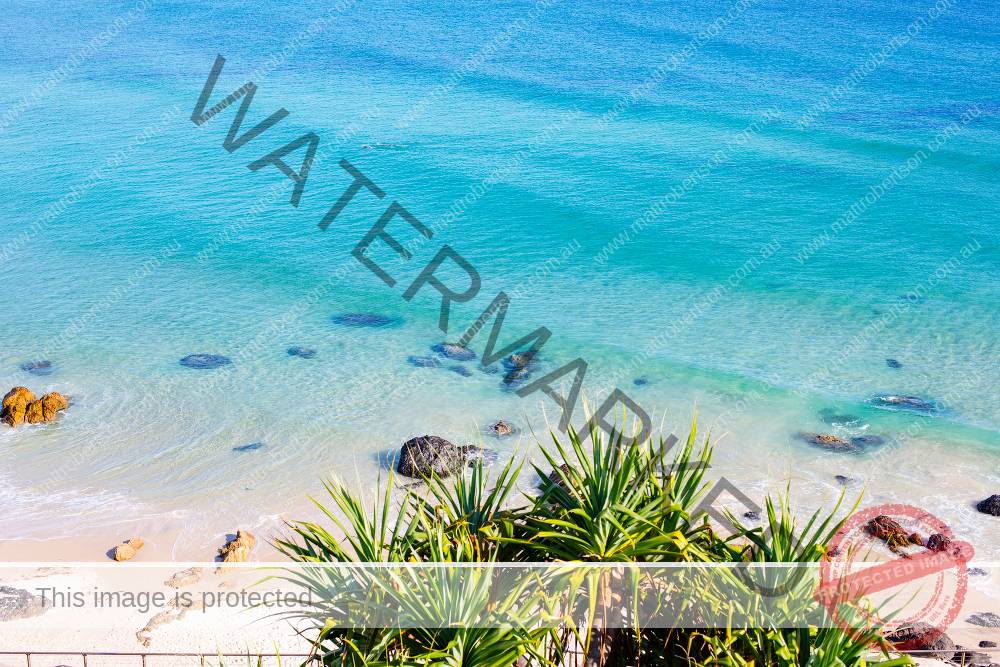 With offshore winds the ocean can look like a dreamscape.

If you visit a beach like Rainbow Bay, you might be tempted to swim a little further out to the breaking waves, but be aware that a point break can have a strong sweep and you could end up way down the point from where you started. 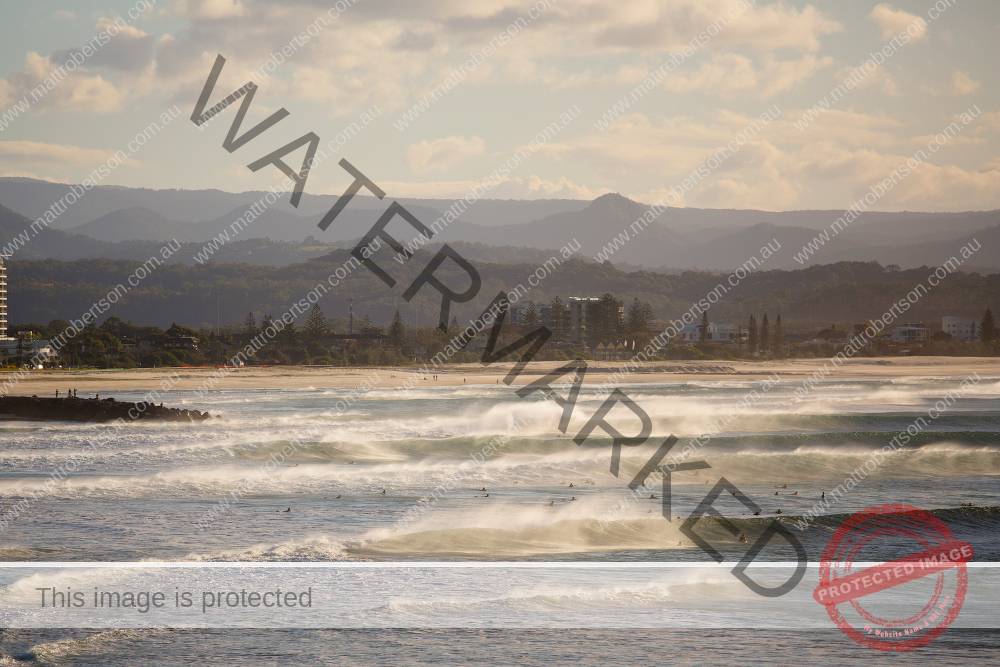 Before you know it you could be down at North Kirra.

The Gold Coast beaches are some of the best beaches in the world and I highly recommend visiting them. I hope you found this informative, and at the end of the day if you are ever unsure about the conditions in the water just ask the lifeguard on duty. Enjoy your next trip to the beach!

My Dad exposed me to photography as a young boy, he always loved taking photos. For him, it was a hobby and a passion; he even photographed a few friends’ weddings. I’m grateful that I’ve been able to turn my passion for photography into my career.